Methods: A prospective, multicentre cohort study of patients with small bowel obstruction who presented to UK hospitals between 16th January and 13th March 2017. Patients who presented with small bowel obstruction due to primary tumours of the intestine (excluding left-sided colonic tumours) or disseminated intra-abdominal malignancy were included. Outcomes included 30-day mortality and in-hospital complications. Cox-proportional hazards models were used to generate adjusted effects estimates, which are presented as hazard ratios (HR) alongside the corresponding 95% confidence interval (95% CI). The threshold for statistical significance was set at the level of P ≤ 0.05 a-priori.

Results: 205 patients with malignant small bowel obstruction presented to emergency surgery services during the study period. Of these patients, 50 had obstruction due to right sided colon cancer, 143 due to disseminated intraabdominal malignancy, 10 had primary tumours of the small bowel and 2 patients had gastrointestinal stromal tumours. In total 100 out of 205 patients underwent a surgical intervention for obstruction. 30-day in-hospital mortality rate was 11.3% for those with primary tumours and 19.6% for those with disseminated malignancy. Severe risk of malnutrition was an independent predictor for poor mortality in this cohort (adjusted HR 16.18, 95% CI 1.86 to 140.84, p = 0.012). Patients with right-sided colon cancer had high rates of morbidity.

CONCLUSIONS:Mortality rates were high in patients with disseminated malignancy and in those with right sided colon cancer. Further research should identify optimal management strategy to reduce morbidity for these patient groups.surgery. 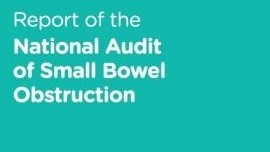 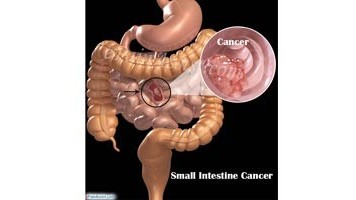